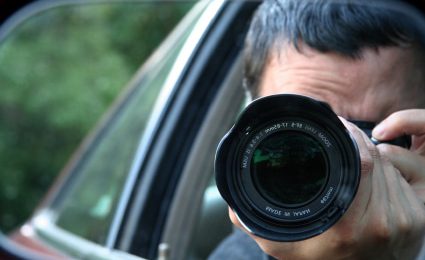 A story released by ABC news earlier this month tells how a private investigation company used their skills to catch a farmer who had been scamming an insurance company that had been paying his workers comp claim. It only took four hours of surveillance for the private investigator to get video footage of the farmer lifting a heavy object, which belies the fact that he would struggle with the daily tasks involved in working on the farm. This indicated that the farmers case was worth investigating further.

There is some good news for employers in the UK. The amount of sick days taken by employees is reducing. In 2013 the average taken has almost halved due to fears about job security. However the good news stops there. According to a government press release published in February 2014 there were more than 1 million people on long term sick. (Long term sick is classed as a month or more in duration.)
Short term and long term sickness equated to 130 million working days lost. If you think that the minimum wage is £6.50 per hour and base a single working day on 7 hours, which means a lot of people are costing a lot of companies a lot of money. Obviously some of these sick days are due to an injury at work. In 2013/14 the Health and Safety Executive statistics show that 1.2 million people were suffering from a work related injury. 28.2 millions days were lost to work related injury or illness.
In America they have a workers comp scheme that is managed by different insurance companies for people that have been injured at work. That being said a most cases of people claiming sick benefit from an employer or even the state are of course genuine.
So what can you do if you suspect your employee is not genuine? More and more employers are turning to the private investigators to check out people who are claiming that they are unfit for work.
It is important to remember that whatever the reason for deciding to undertake a surveillance operation that you must operate with the law so it is always wise to consult with a professional private investigator.